This change of plans seems to be a regular thing for us. Sometimes we are disappointed, but that doesn’t seem to last long since we always seem to be blessed in some way, or happy we changed plans.

Today we had planned to go to the Museum of Discovery (MODS) and then to a State Park. We, of course, got a little later start than I wanted. And I forgot  to look up where to park. We happened upon an amazingly lovely area, by accident, and I could pay to park by phone. And I was pretty sure it was one of the areas we could catch the FREE Water Trolley that goes up and down New River.

We paid (2 people got in for free using our Denver Museum annual pass – checkout out the Passport program if you have a membership and are traveling anywhere in the USA) and we entered MODS and it was total chaos and soooo loud. Immediately my kids were unhappy. That’s saying a lot since my kids are fairly typical and can be wild and loud themselves. AND we had just endured Disney World and Universal Studios with no complaints. I asked one of the wonderful employees if this was typical for a week day. She said, “No, normally we might have 100-200 school kids here. Today we have 1,200!” She happily gave us 4 tickets to get in the next day and she was grateful we were so understanding. I was grateful we had flexibility and got a refund. It really was unbearable and overwhelming – and in only 5 min!

So, next on my agenda for the day was to try out the free water trolley. We didn’t know where exactly to pick it up, and I of course couldn’t download the interactive track the trolley app. Hmmm. Luckily there was a big chair to entertain us and after about 10 min right when Caden was ready to give up, the boat showed up! And it was soooo fun! I told the lady we were from out of town, so let us know if there are any rules we should know about. Well that was her cue to entertain us! 🙂 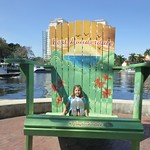 She said, “Oh hang on just you wait, I have flowers to feed the iguanas!” I was a bit flustered. Iguanas? Real ones? Where? Originally I thought it might perhaps be a boring ride to 8 stops along the way that people get off to do more interesting things. I was pleasantly surprised. The boat driver and his assistant were so friendly and full of info and entertainment!

And really there were iguanas right there – wild, non-native iguanas hanging out on this old rusted draw bridge that is permanently open over New River. The driver idles up to the area they hang out on. Sure enough she threw the old, withered flowers to them and they ate them up! Then we saw one walking along the path up where the people were walking. It felt kind of unreal. We went almost the whole boat route, then she told us about this one stop that had a band playing there during lunch. She said they were usually fun. And there was another iguana we could check out. So we got off and she gave us the phone number to call them when we were ready to get back on and go back to our starting point. Super kind since the web site says hang out until it shows up. 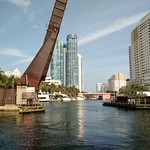 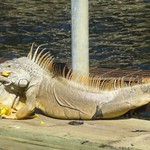 We tried to entice the iguana with the popcorn the boat driver gave us. But the iguana just ran away and up a tree. Guess we were too curious or he’s spoiled and only wants flowers. 🙂

The band was fun and was playing Irish tunes gearing up for St. Patrick’s Day which was the next day. They even played the Green Alligators/Unicorn song! We enjoyed watching the draw bridge open for a cool looking sail boat. We also oohed and aahed at the gorgeous yachts and sail boats that sailed by or were docked along the waterfront.

Back on the boat (we happened to have perfect timing!) we didn’t see the last 2 stops (found out later Caden was sad about that.) Got back to our truck and headed to the John U. Lloyd State Park. It’s by Dania Beach in/near downtown Hollywood, FL. Turns out they are changing the name of the park, so the attendant didn’t have any maps or brochures to hand out. Hmmm. Ok it can’t be that hard, but I just didn’t know if each parking lot we passed headed to a hiking trail or the beach. I still don’t know actually. We went all the way to the end and decided to hop out and see if we could get to the ocean.

I was antsy – we’d been in Ft. Lauderdale just miles from the beach and Atlantic Ocean for 2-3 days and we still hadn’t set foot on the beach!! It was almost torture to me and it was my goal for the day! It didn’t disappoint! We scored! And we had so much fun playing in the warm waves and the warm sand (yes my kids literally log rolled down the sand hills, they jumped off the sand cliffs into more sand and generally tried their hardest to get sand on every part of their body – not my thing personally!) Oh and we collected shells and other sea things. 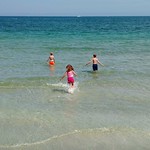 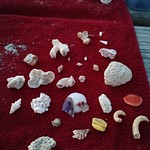 It is amazing the amount of diversity that we found in just 10-20 feet of beach. We didn’t venture very far, but found all kinds of textures, colors, and sizes of shells. And some things we thought might be sponges, or maybe anemones….we don’t know, but we do know they smelled like poop, so they were left at the beach! 🙂 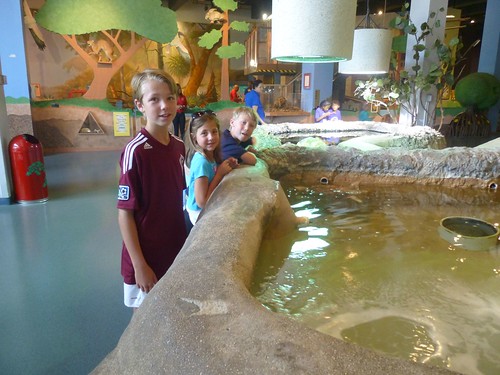 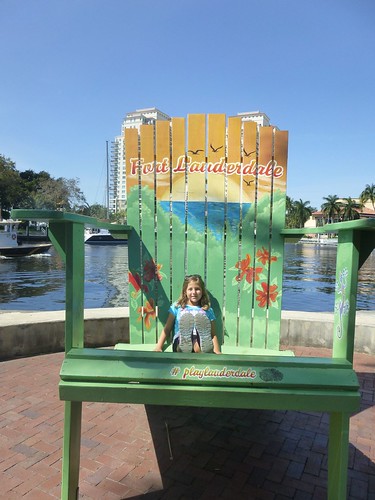 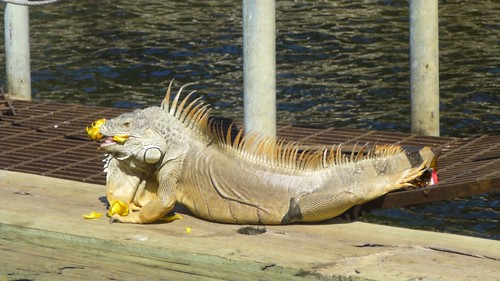 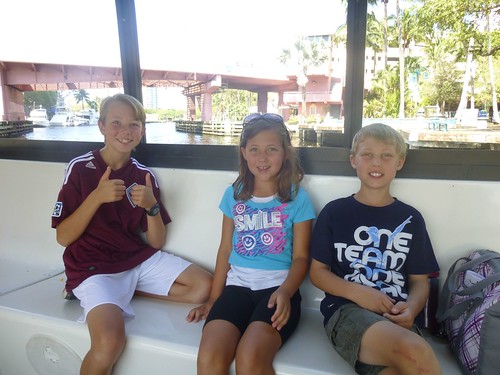 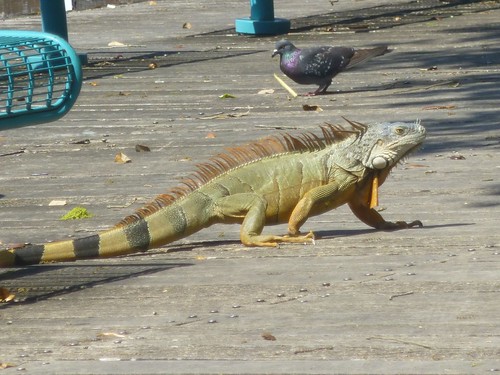 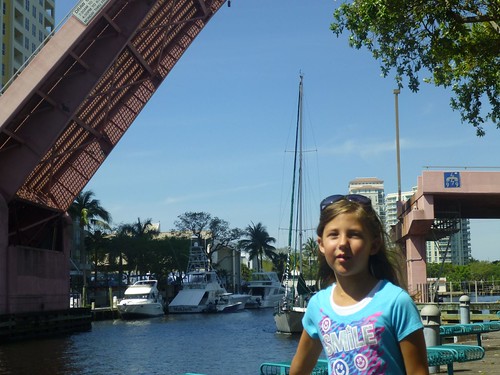 Brielle at the drawbridge 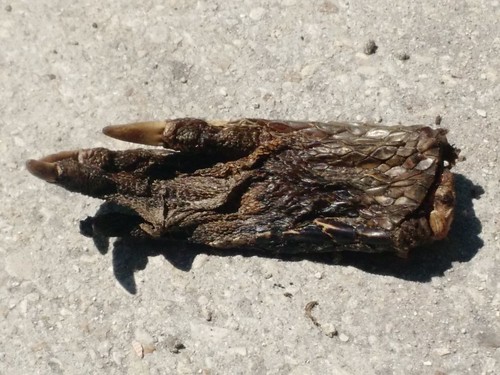 Anyone missing a claw? 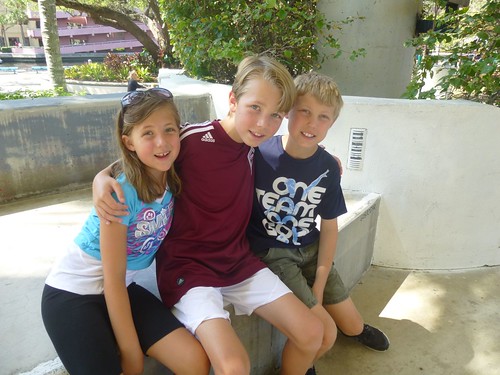 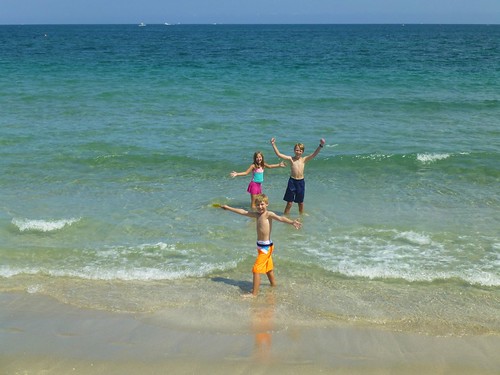 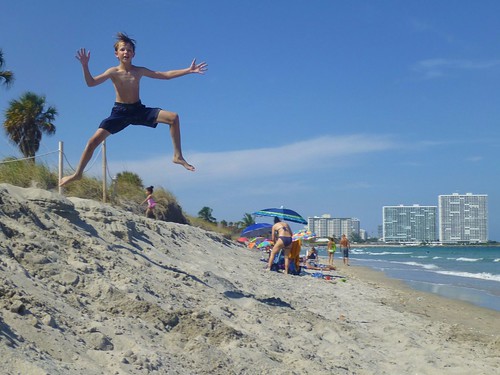 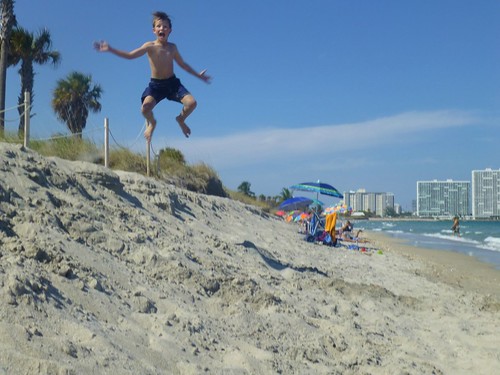 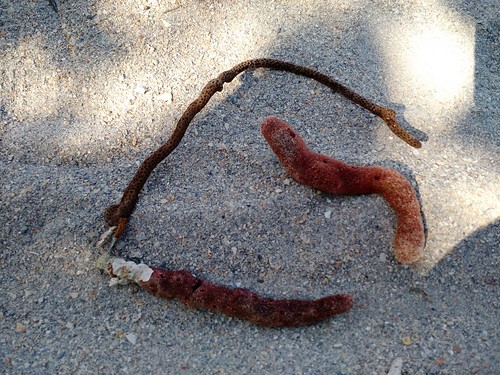 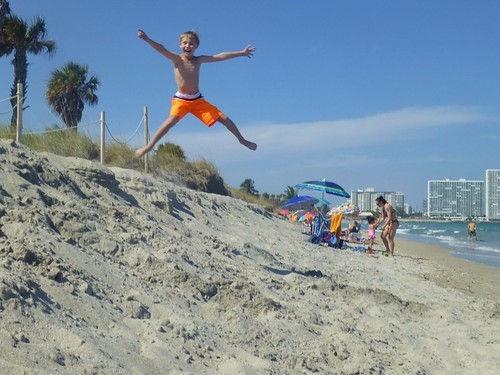 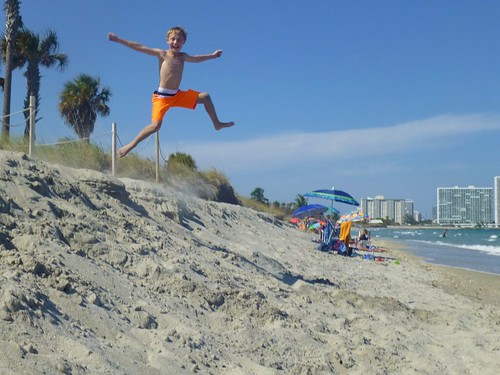 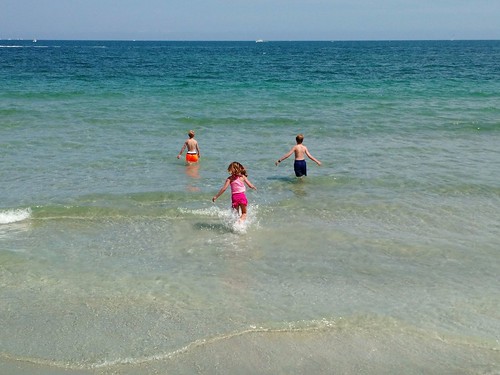 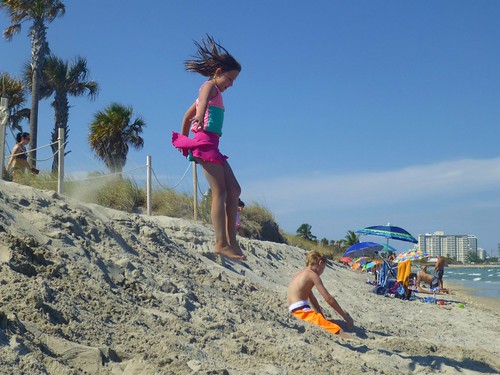 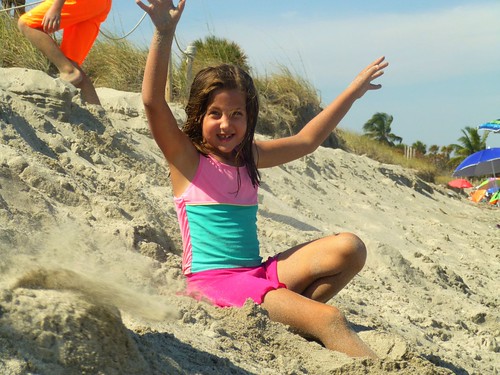 Land in the sand 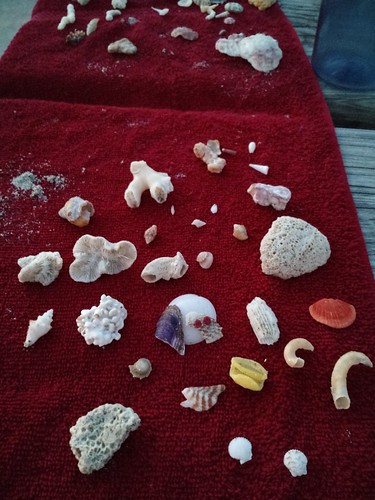 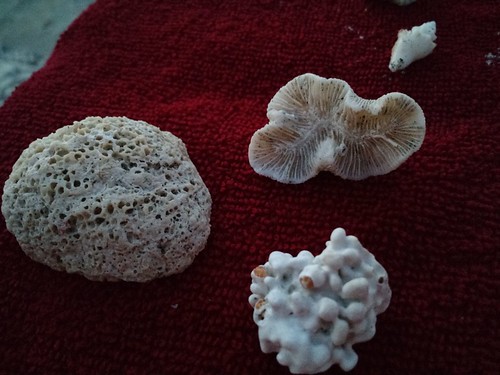 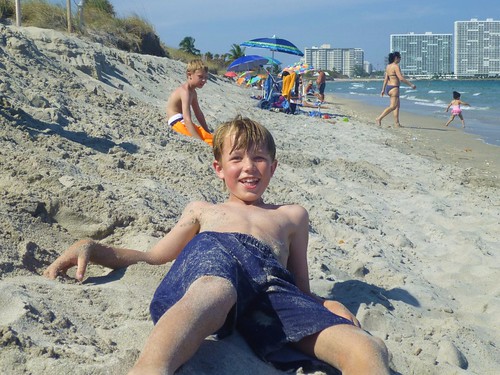 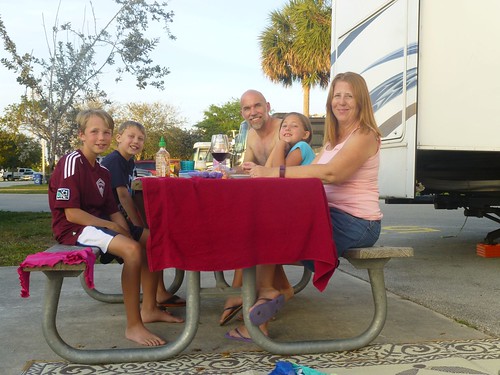