We stayed in Fort Lauderdale for six days. During this time we went on this boardwalk that had a bunch of wildlife. There were tons of crabs, a lot of clams, and a handful of fish including needle fish, puffer fish, and even a sea skate which is like a stingray only it’s got bones instead of cartilage I think, and I think their babies hatch live like us instead of in eggs. There was also a cool library we went to twice, where we got to read, and a state park where we played on a beach. It was fun doing all of that.  Then we rode on a river trolley which was free and saw some huge iguanas which this nice old lady fed some sort of big yellow flower. 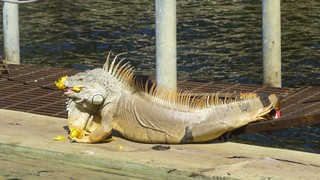 The water trolley was fun, but the science museum was awesome! We saw tons of animals including these adorable otters that played forever and then went to sleep in this hollow log. There were four of them. This lady told us they were all boys. There was also a flight simulator that was inside of the cockpit of a Blue Angel and you got to fly the Blue Angel! I loved it. Then there was a computer you could arm wrestle and a human hurricane that nearly made me puke. Finally the last thing i’ll tell you about the place was a temporary “Mindbender Mansion”. There were puzzles you needed to do to to win a place on the wall of fame. I also got a picture of myself dressed up as something or other. We went to a beach too. It stayed shallow for a long time and we played in the water and in the sand. 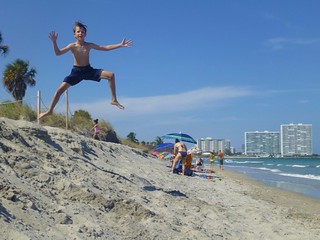 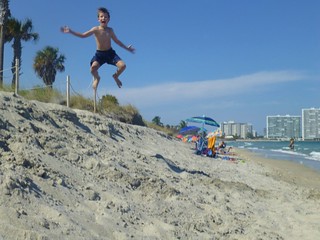 We ended up doing a lot in Fort Lauderdale and I was satisfied. I’m excited because now it’s off to the Keys! 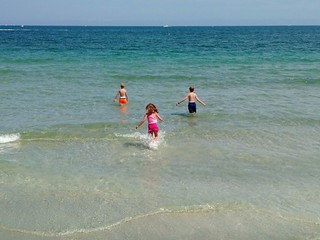 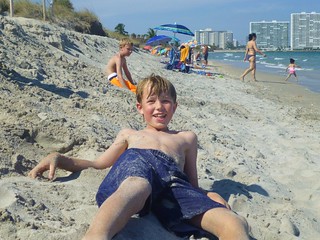