366 days ago there were strangers living in our house.  366 days ago we woke up to a clear blue sky and cold temps and said goodbye to Colorado for awhile.  366 days ago we got in our truck (which we had just gotten back from the shop the day before) and hitched up to a fifth wheel (which we had never lived in or pulled for more than 2 miles) and started driving south.   366 days ago I set a personal record for level and duration of my stress.   366 days ago will go down in history as one of my most favorite days of all time….not so much what happened that day, but rather what it meant and what it started.  I feel like I have perfect recollection of that day….every mile, every stop, every conversation, every feeling. END_OF_DOCUMENT_TOKEN_TO_BE_REPLACED

Well, this New Years season feels a bit like it has been nothing but Star Wars for our family!    The boys got a card game for Christmas, Star Realms, which feels a lot like they modeled it after the space battles of Star Wars.  The kids also helped pay for an XBox One and they bought themselves Star Wars: Battlefront to entertain themselves with.  Then, the boys and I went to see the newly released Star Wars movie Rogue One…perhaps this is becoming a tradition!  I’m reading the Phantom Menace to brush up on my Episode 1 knowledge.  And yesterday, to wrap up 2016 we all went to the Denver Art Museum to see a special exhibit they have about the costumes of Star Wars. 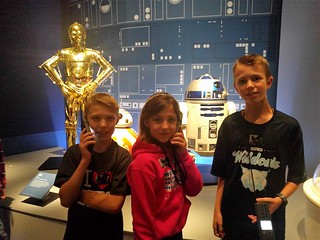