We tried to have a “down day” to get some traditional school work done. I do have a list of what the kids’ classmates are studying, so I’m trying to make sure they learn those things as well as all of the other stuff we do and see along our trip.

Dacen, Brielle, and I headed to the local library to try to take advantage of free wi-fi. Until this trip, I didn’t realize I was so in love with library decor. This one had cute benches/seats in the kids’ area. 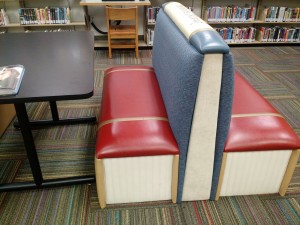 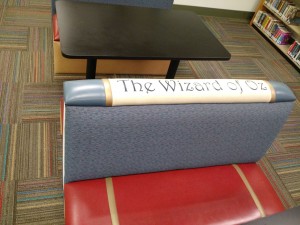 END_OF_DOCUMENT_TOKEN_TO_BE_REPLACED

While in New Orleans we stayed in the well known (to full time RVers) Bayou Segnette State Park.  Its only 20 minutes to downtown and 10 minutes from Walmart, restaurants, fuel, etc.  It had free wifi (but its pretty jankity…don’t count on it for work but at least they are trying).  The sites were nice but beware of the “double site”…these are literately double wide sites and the hookups are both together.  This would be great for two rigs wanting to camp together but not so much for us.  The staff had no problem with us picking something different, so we did.  Bathrooms were perfectly adequate and had nice hot water.  AND….are you ready for this?  FREE LAUNDRY!  Its not like laundromats are that expensive but this sort of thing just warms my penny pinching heart!  We had been so busy in New Orleans we hadn’t even checked out this state park where we were living so we decided to explore a bit one afternoon by bike.

END_OF_DOCUMENT_TOKEN_TO_BE_REPLACED

New Orleans has so many fun things to do! Music playing, restaurants to go to and yummy food. We just love New Orleans!

New Orleans is the longest place we’ve stayed already. But we might stay longer somewhere else.

END_OF_DOCUMENT_TOKEN_TO_BE_REPLACED

Huck heard the WWII museum was phenomenal and it was! A very nice old man summoned us as we entered the parking lot next to the museum. He had only been at the museum for a few minutes and he wanted us to use his parking space, thus saving us $10 in parking! What a sweet man!  [Huck here…yeah, that right there made my day.  Its only $10.  But when you are as tight as I am and you are bleeding money like we are this is reason to celebrate]

END_OF_DOCUMENT_TOKEN_TO_BE_REPLACED

The lady at the Visitor’s Center told me if we wanted to do something truly unique to New Orleans we should Google Second Lines and try to attend one. I had read a little about it, so knowing HOW to find one excited me! I found out there was one scheduled for Sunday, so off we went. We had a loose idea of what might happen, but we still didn’t know what to expect. We didn’t know if it would be best to be at the beginning or at a stop along the route. Like everything else so far we do a little lose planning or research and then kind of wing it or go with the flow. Basically we follow the saying “hold your plans loosely.”

END_OF_DOCUMENT_TOKEN_TO_BE_REPLACED

Happy Valentines day!  Steph decorated the trailer with hearts and a paper heart chain and the younger two kids made drawings for the family.  Caden created a compliment box…it dispenses a piece of paper with compliment on it for you to give to someone.  It was quite a hit and Dacen and Brielle both started writing new compliments to add to the box!

Steph had found a second line parade to go to so we navigated back into town.  But we decided to try to find parking closer to the parade.  We found street parking right by Louis Armstrong park and when I went to pay the machine it said, free parking on Sundays.  SCORE!!

END_OF_DOCUMENT_TOKEN_TO_BE_REPLACED

day we went to Jackson Square to eat some Cajun food and see some street performers play music, paint, do magic, dance etc. First we walked down to a restaurant (we didn’t really know where to eat). We went to Cafe Maspero to eat lunch. Then while mom stood in line at Cafe Du Monde to get beignets we saw some street performers called the Dragon Master Showcase, but Caden thought it was Suitcase. My favorite thing they did was the Dolphin Leap which they could only do for a little bit because it was really hard to do and hurt a lot. 3 guys would jump back and forth doing flips without hitting each other! Another cool one was the helicopter where a guy was just on his hand and spun his legs around really fast.

After that we went over to Jackson Square near the Cathedral to eat our beignets.

We walked back over to Jackson Square because we really wanted to see the Magician. We saw the end of his act.

Then we walked a few of the streets of the French Quarter. We saw some more performers playing music. One band played a song called Bow Wow Blues. There were others but I don’t remember the names. They each played different types of music.

We saw so many fortune tellers, smokers, and drunk people. We also saw a lot of homeless people.

New Orleans was my favorite destination so far!

I was excited to get into New Orleans to have Huck and the kids see and experience the town. We had a list of suggestions of where to go, what foods to eat, where to park. It was still a little overwhelming figuring out what to do. 🙂

We walked straight to Jackson Square to people watch and enjoy the sites and sounds.

Of course we had to ask about public bathrooms. I swear we had way too many trips to this indoor mall. BUT we met 2 really nice gentlemen who were Veteran’s helping Veterans. One called over our kids and insisted on giving them mints. (In hind sight, really?? Don’t you know we teach the kids not to take candy from strangers? Oy! I could tell the man was so nice, but it does confuse the kids a bit.) We asked for a lunch suggestion as the other recommendations we had been given had a 1-2 hour wait. They were such genuine, nice, happy guys and commented on our nice family. They suggested a great place across the street to eat lunch. The neat thing was at the end of the day we passed the candy guy as we were walking down a street headed back to the car. It was obviously a nice surprise for both of us! I thanked him for his service, but he was genuinely happy to have served and to be serving. What a great heart he has!

END_OF_DOCUMENT_TOKEN_TO_BE_REPLACED

Our arrival in New Orleans was a bit marred by my bad experience and waste of time at the GMC service center there.  But with that in the past we set out for a day of exploring in town.  We followed the advice here and had no trouble getting a spot to park.  We were definitely big for the parking spots but we squeezed into one, paid and headed out on foot.  Had we been in a dual rear wheel truck there would have been no way.

END_OF_DOCUMENT_TOKEN_TO_BE_REPLACED

Mmmmm I can still smell the beignets right before me as I was eating them. They tasted so good as well as the other food that we had in New Orleans. The beignets sure were good but my other favorite food was the muffaletta. The muffaletta is a sandwich that has this olive sauce and some other stuff in it. Now that I’m sure I have all your mouths watering I’m going to talk about people. We saw a lot of street performers. I did like this one magician we saw, but my favorite street performers were these four guys who called themselves Dragon Master showcase. They did comedy along with acrobatics / breakdancing. They were really cool to watch as well as being really funny! I also liked the musicians. They performed a whole lot of different types of music. I don’t know what I was thinking New Orleans would look like, but it amazed me.