We knew we would be in Carrabelle on Sunday so we were looking forward to going to church.  When we checked in at the RV park they had given us a list of local churches and their phone numbers.  But I headed straight to Google to find one for us.  Not on the campground wifi though…it was completely useless.  No I searched using my 1 bar of 4G through Verizon only to find the same list of churches but no web sites.  We picked up the phone and started calling.  I was not having much luck placing calls and Steph finally got a recording at First Baptist that listed their worship time at 11:00….perfect for our late morning family.  Not knowing the dress code we figured it better to gussy ourselves up a bit…I even put on long pants…IN FLORIDA!! 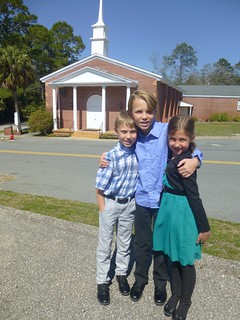 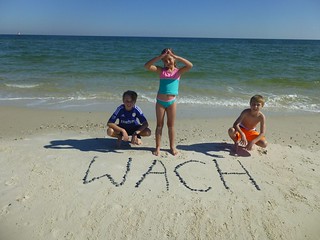 END_OF_DOCUMENT_TOKEN_TO_BE_REPLACED

We chose to stop in this general area because Dacen wanted to try oysters and Huck heard that Apalachicola was the place to get them! Unfortunately I was told by a local that local oysters would be hard to find since there had been so much rain. Oysters filter 50 gallons of water/day! The salinity is constantly tested and monitored to make sure they are safe to eat. I was bummed since that was the biggest reason we stopped here. (The next day we learned just last week they were allowed to start farming local!)

Overall, there is not much to do in Carrabelle, unless you boat or fish, BUT the people are incredibly nice and friendly and there is a lot within 20-30 min! I went straight to the visitors center while the others checked out the beach across the street. The lady was super friendly and full of lots and lots of good info! Due to the weather forecast I decided we would do things around town the next day and then venture to beach areas after that.

We like to ride bikes and I was a little concerned about having the kids ride along the highway (speed limit 45mph) and over the bridge. The lady said it was safe and the shoulder on the bridge, unlike most we’ve seen, was actually HUGE. Brielle was worried she wouldn’t make it, but everyone did great!

We rode into town to see the 2 most interesting things – The World’s Smallest Police Station and the Bottle House. The Police station is a phone booth! Got a picture – mostly just a funny thing for the kids to see. 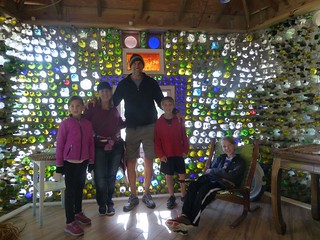 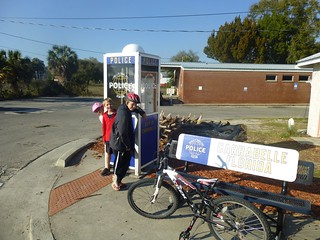 END_OF_DOCUMENT_TOKEN_TO_BE_REPLACED

On Leon’s recommendation we headed out for the pygmy cypress in the state forest.  Its not too far off the highway and definitely bizarre.  We saw lots and lots of tall pine trees then all of a sudden there is this giant patch of cypress trees growing in this swamp.  Cypress normally get really tall I guess but these were only 10 feet tall or so despite being 300 some years old.  They are not even sure why they don’t grow taller here.  If you plant one of their seeds in other locations it will grow tall like usual.  There are a couple other stands of pygmy cypress but these have bedrock very shallow in the soil…but here the soil is quite deep.  They built a board walk so you could get out over the swamp and even over the trees.  We really wanted to see some wildlife but we struck out…saw a bird and some minnows.  Still, it was a cool place. 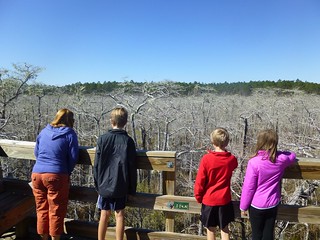 END_OF_DOCUMENT_TOKEN_TO_BE_REPLACED

We went to the Bottle house in Carrabelle! Leon who built the bottle house, had 2 dogs. Sophie was the girl and Zach was the boy. Zach kept trying to lick us all on the face. And he did a few times. We loved the dogs because we kept petting them and they were so calm and nice. Leon was so cool, he really is. He also made a lighthouse and these ball things (the geodomes). Leon and his wife rescued both dogs. They had fluffy hair because they are big poodles. 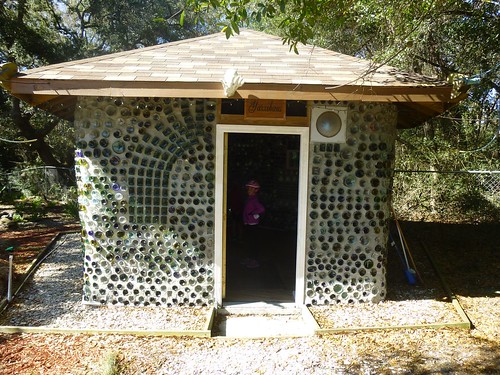 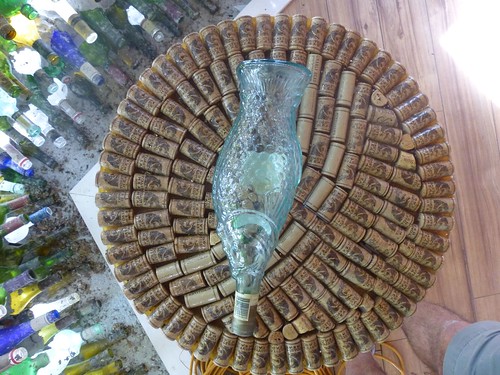 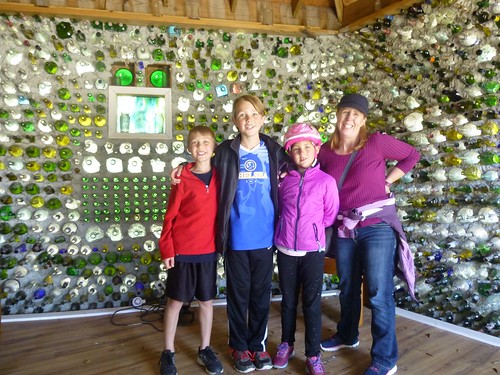 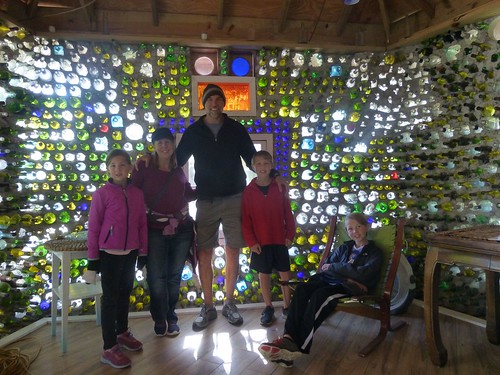 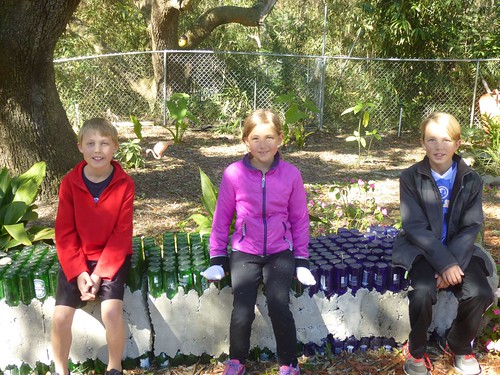 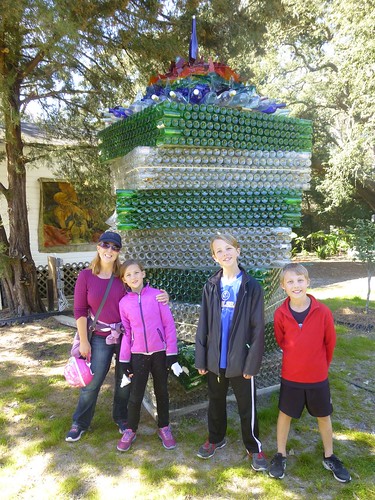 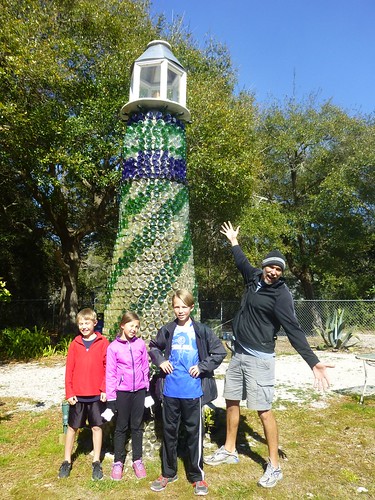 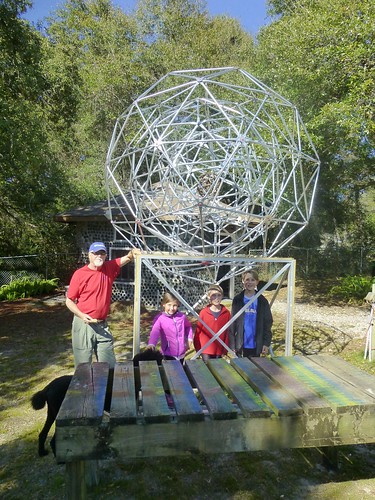 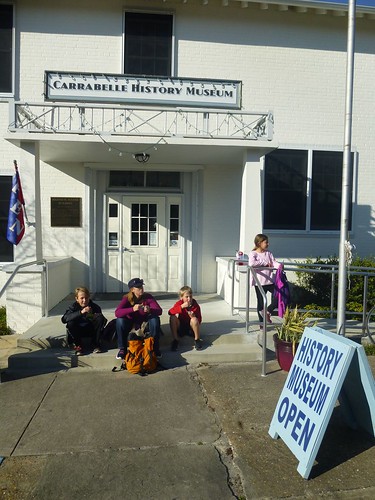 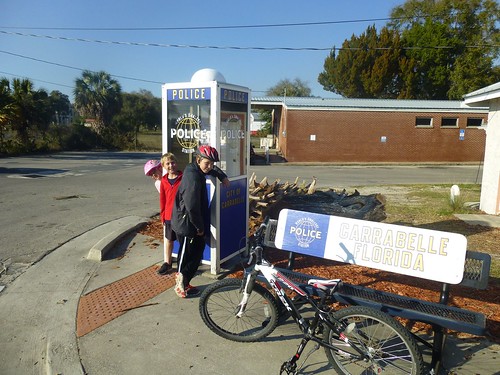 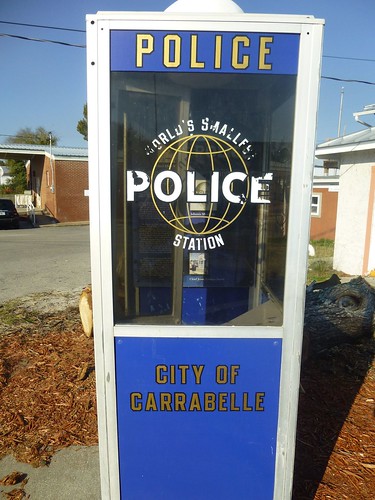 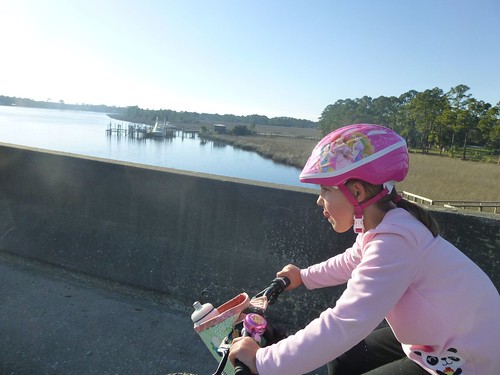 (As usual I’m posting this after the fact, so don’t get confused! I didn’t realize Huck was publishing the posts from this week already :))

Boy we packed a LOT into this day! At the end I’ll post Huck’s flikr album so you can see more of the pics.

The museum director told us that Lynn’s was the best place to get oysters. We decided to go there for lunch the next day. On our way we drove to the board walk in Tate’s Hell State Forest. There are acres of dwarf cypress trees. It is a mystery they haven’t solved. If you take a seed from one of these trees and plant them elsewhere the tree will be full sized. But not here. They are only about about 8 feet tall. And it is odd as we had driven through miles of pine forest and you can see the cypress are surrounded by pine forest. (Later someone told me there used to be a lot more cypress around until they got cut down.) There are supposed to be a lot of alligators in the waters under the board walk, but it must have been too cold for them as we didn’t see a sign of one anywhere. And we looked long and hard!

END_OF_DOCUMENT_TOKEN_TO_BE_REPLACED

We have no clue what we’re doing as we travel through Florida.  Without making reservations a year in advance you have pretty slim pickins on campgrounds.  Its impossible to get a spot at a state park….how we got the one in St Andrews I have no clue.  We found an RV park in Carrabelle FL that had space so we booked a few nights and decided to check it out.  There is not a lot to do here but the people are really nice.

END_OF_DOCUMENT_TOKEN_TO_BE_REPLACED

Mom thought it would be cool to see the bottle house. On the way we stopped by the World’s Smallest Police Station, there isn’t much to it, it was just a telephone, but somebody felt bad for them and built a box around it.

The Bottle House was not what I expected. It was about 10 feet by 10 feet and had about a 15 foot roof where it was highest which was donated to him by a friend of his that was a retired roofer. Inside it had a cork coffee table, a cork desk, a lawn chair, some bottles on display, and a jar with a label that read, Donations.

Then we looked around at the yard. There was a bottle lighthouse, a bottle bench, and about 7 square plates made of bottles formed a stack. In the yard there was also a 6 frequency icosahedron made of equilateral triangles. Leon was also working on a 2 frequency icosahedron inside of another, inside of another. Leon wanted to make it 6 frequency. He ended up learning from his mistakes though!

Leon had 2 poodles Zach and Sophie. Zach was black and Sophie was white. Before Leon owned them they were rescue dogs. Zach was a very poorly treated dog and he wouldn’t look at anybody. It took Leon 6 months for Zach to get back to normal. Now that Zach is back to normal, he loves kids. Sophie on the other hand, was a top notch, $300, rescue dog. Sophie is really sweet and always follows Zach.

From 6:30 pm to 10:30 pm, the lighthouse’s light is on, the bottle stack kept flashing lights, and the 6 frequency icosahedron was supposed to spin around and the lights would reflect off the stained glass. Leon had a few HUGE solar panels and a computer to program the pattern the lights on the bottle stack which was donated to him by a friend of his which was an electric engineer.

Leon claimed he woke up to a cup of coffee one day and declared out loud, “I’m going to build a house made out of bottles so tourists know people live here!” and his wife said, ” Alright.” “The next day when saw the cement mixer come up and lay the base to the bottle house she was astonished.” Leon claims. ” It took a little over 1 year to build it, with some help of a couple friends.