It was a perfect day for driving.  We were laying down the miles singing some songs together, reading together and laughing at each other’s jokes when I look in the mirror and see an epic display of sparks spraying from the trailer.  Parts start ripping off the side and leaving a trail of debris behind.  I’m putting everything I can into the brake and it won’t stop.  Then I woke up!!  That was the dream I had the night we moved from Phillie to NYC.  You see, Ava’s leg was broke.  Basically there is a threaded part that stripped out.  It still had a little bite but not much.  So there was nothing really to hold the leg in position….down or up.  So when hitched up the leg could just drop out to the ground and start dragging and that is exactly where my subconscience went in that dream.  How we made it from Philadelphia to NYC on those bumpy roads without that actually happening…well, had to be an angel holding the leg up the whole way.

Our time in NYC was up and with a long day ahead of us we wanted to get on the road by 10:00 which meant we should be hooked up by 9:30 and heading to the dump station.  And we were on track to do that but retracting Ava’s leg revealed an issue!  The exact issue I had dreamed about.   Fortunately, when we retracted the good leg Ava’s bad leg just continued to hang down like a sad broken leg should.  I got some cord and fashioned a sling for her and all this set us back about 30 minutes.

END_OF_DOCUMENT_TOKEN_TO_BE_REPLACED

I already titled a post The Big Apple so I used a relative of the apple for this post.  Today the target was the Empire State Building.   The rain was gone and the forecast was clear skies and sunny!  We walked down to the subway station, got our tickets (again, one at a time) and hopped on for a ride to 33rd street station.  For a Sunday morning I guess I was expecting the subway to not be very busy…I guessed wrong. 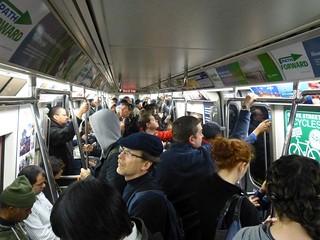 END_OF_DOCUMENT_TOKEN_TO_BE_REPLACED

I don’t know about you, but I really thought that New York would have more traffic and people but maybe not. I can only count a few worms in the big apple. One was the subway system pay machines. We couldn’t pay for more than one ticket at a time which for a family of five was annoying and the credit card slots weren’t working. Also the campground we stayed at was over $100.00 a night and was pretty much a parking lot for RVs. At least we had a view of the statue of Liberty. Oh yeah, Lady Liberty. (She needs a name. Someone give her a name.) Let’s call her… Ima. Ima Green Statue. She was even more awesome from a long way away than I thought. Then when we got closer Ima looked enormous. Ellis island was also bigger than I thought. I thought that the immigrants just stood in a line, but no, they go through the whole process of- well, go check out Dacen’s post. He probably has a ten page essay on it. Those islands were fun. We took the ferry back and guess what we saw? A prezel stand. And Mom had a hankerin’ for one so we split a few so we could say we ate a New York prezel. Then we meandered around, saw some monuments, (I’ve had enough o’  those to last me a lifetime) we saw a church that played a part in the post 9/11 cleanup. That was it for the day so we headed home and crashed- not the subway, into our beds. The next day we headed out and went to the top of the empire state building. The veiw was amazing. After that we went to Times Square. I liked times square the most because I could watch the endless flows of people and the ads and commercials which is really the only way I see commercials.

Caden’s friend Bob: Caden have you seen the commercial-

Bob: How about the one-

Bob: Maybe the one with-

Mom, Dacen, and I walked to Rockefeller Center. We saw so many TV places like SNL, TTS, TTS, (that’s the tonight show, and then today show.) We saw where they put the Christmas tree and where the ice rink goes. Then we wrapped it up (not the tree) and went home. That night we went to a place to see the skyline all lit up. It was amazing! Next morning it’s off to Boston Massa-a-a-chusetts! Bless me!

People and food used to be very similar. We went to Ellis Island and Liberty Island in NYC! There we saw where The Statue of Liberty stands and where immigrants entered the US. 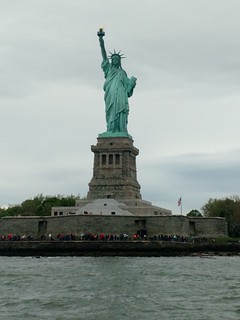 END_OF_DOCUMENT_TOKEN_TO_BE_REPLACED

I once had a business trip to New Jersey and had planned to go to New York City one evening to explore, but the colleague I was visiting talk me out of it saying it was too crazy and dangerous.  I should have went.  Well, now is my chance and I get to go with my whole family!

I had read about the Liberty Harbor RV Park long before we even left on our trip so I was pretty well prepared for the prices and that it was more of a parking lot than a park.  The reviews are all pretty bad.  But the few decent reviews say its all about the location.  I think it was good that I read so many bad reviews as it set my expectations really low.  But it wasn’t so bad.  Absolutely nothing fancy about the place at all and the only green at the RV “park” were a few pads of astro turf for tent campers.  But it had what we needed: electric, water and a dump station.  The staff was nice, helpful and quickly took care of us by finding a place to park the truck since it didn’t fit in our site.  We had nice French speaking neighbors from Quebec who had a dog, Pica, that the kids adored and they also shared with us a little tidbit on a walking path out to a nice view of Manhattan.  I thought for sure it would be hard to sleep with all the city noise but it was quiet.  With a nice nights sleep under our belt, let’s go see the sites! 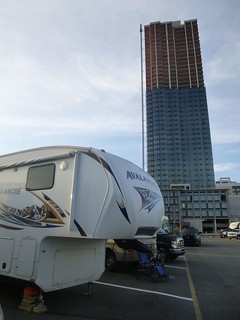 END_OF_DOCUMENT_TOKEN_TO_BE_REPLACED

I was excited to get to The Big Apple! I remember our trip when I was around Dacen’s age. My grandparents lived in Queens – Astoria, NY. I loved the escalators, seeing the fountain where the dancers from Fame did their twirls across the plaza, watching the Nutcracker Ballet, riding the ferry by the Statue of Liberty (she was closed for repairs) and eating a pretzel from a street vendor. I wonder what will stand out to them years from now?

END_OF_DOCUMENT_TOKEN_TO_BE_REPLACED

Our stay in Philadelphia was short but we had reservations at Liberty Harbor in Jersey City for our NYC visit so we had to move on.  We were all packed up and were just raising the front end of Ava with the landing gear to get her hitched up to the Beast when Caden stopped and said, “Uh….Papa….its making that weird sound again”.  The weird sound he was referring to was first heard all the way back in Fort Davis TX when we’d sheared a pin off the shaft that runs to the follow leg of the landing gear.  I opened the hatch to check the pins and found them in tact.  But to be safe I decided to crank Ava up by hand again.  I had only made a couple of revolutions with the crank when CLUNK…Ava’s right leg gives out and the whole camper drops several inches on that side.  Caden assessed the situation correctly, “hmmmm, that doesn’t seem good”. 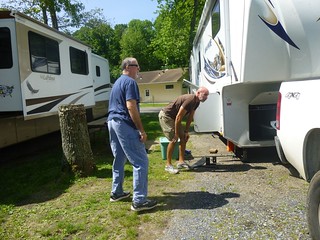