Growing up my folks had a radio that sat on top of our fridge which never had its tuner knob on anything other than KSSS…”K triple S, country’s best”.  Glen Campbell had a popular song called Galveston  that would stream out that radio.  I thought I knew the song pretty well but apparently never paid attention to the lyrics because I had Galveston pictured as a dusty cow town.  But now I come to find out its an island!!  Ok, ok….I didn’t just find that out, but I was an adult before I realized it was a coastal town.  Hopefully my kids are smarter than their old man. Anyway, we moved from Goose Island to Galveston Island and it was not one of my favorite drives.

Tuesdays I have lots of conference calls and this is challenging on the road…its too noisy for me and the other folks on the call.  I pulled over for one of my calls because I participate in that one a lot….so that delayed us a bit.  Then we had to stop for a potty break…we pulled into the parking lot of Cedar Lane Baptist church and the girls let themselves in to use the restroom.  When it was my turn a fella from the house next door (turns out he’s the pastor) asked if I needed help.  I explained our situation and he was happy to unlock the door to let me in.  Its still a bit of a mystery how Steph and Brielle got in without a key.  We had a bite to eat which gave us a bit more of a delay.  We got back on the road and Steph was busy with a language arts lesson when I saw a draw bridge ahead and a sign that said “End of road 1000ft”.   Oops, we missed a turn!  Backtracking, some gnarley bumpy roads, wind and a toll bridge that we BARELY fit through the gate….I was done driving when we pulled into Galveston Island State Park.  We got settled in and walked the 50 yards or so to the beach.  Wide sand beach as far as you can see in both directions and, once again, we are the only ones there!  We beach combed until dinner time.

The next day Dacen was doing a science experiment…tracking the tide.  We looked at the tide chart for the area and saw that low tide was 11:09AM so he marked the water line with a bamboo stick he got at Sonora Caverns and a sign that asked to be left alone due to scientific measurements.  He took a second stick/flag and placed it where he thought high tide would be (his hypothesis).  Then we took pictures and measurements every hour until it got dark.  In my 42 years I’ve never actually witnessed tidal changes…this was SUPER cool!

The park had brand new bath/shower house….it was really nice and the shower was LEGIT!!  Hot hot water and great pressure.  That shower stall and I will never tell how long my shower was (but it was probably too long).

We took a family walk after dark and went out to the beach.  The wind had died down so it was actually really pleasant.  We looked at some constellations, made sure the bamboo flag was still there and then went home to bed.  I really liked this place.  Being so close to the beach was awesome. 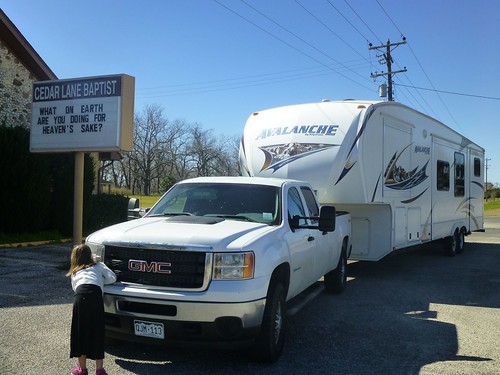 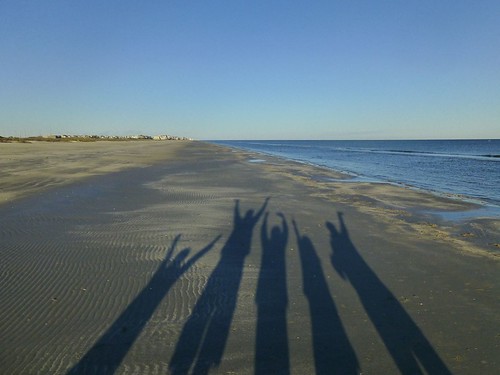 Just the 10 of us on the beach 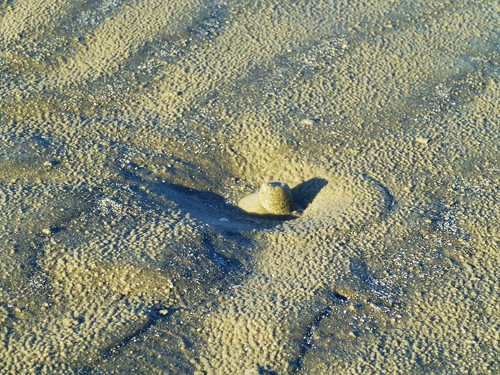 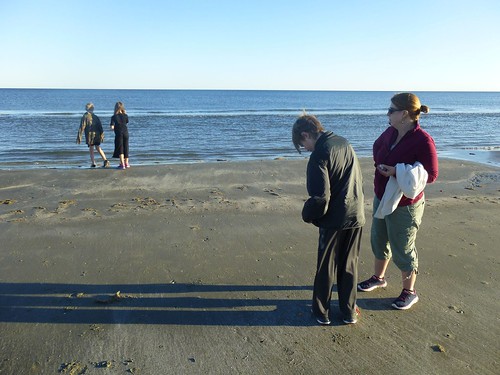 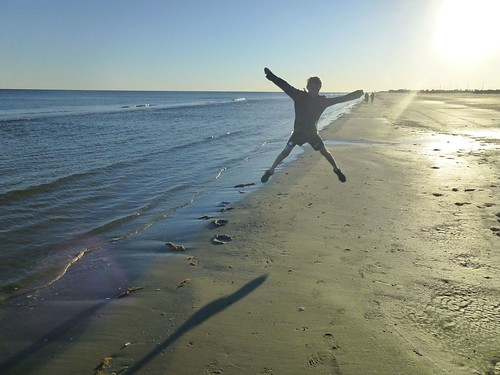 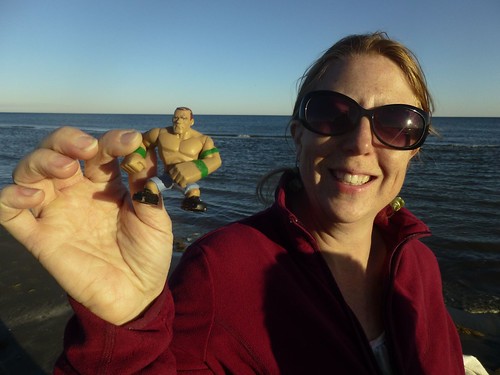 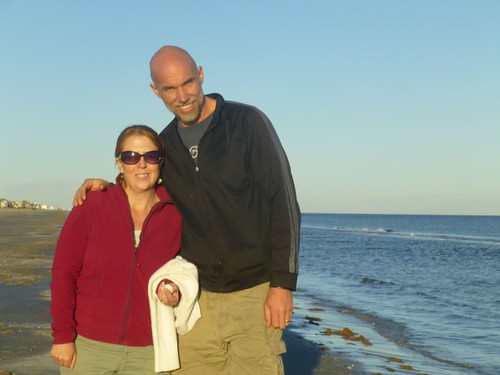 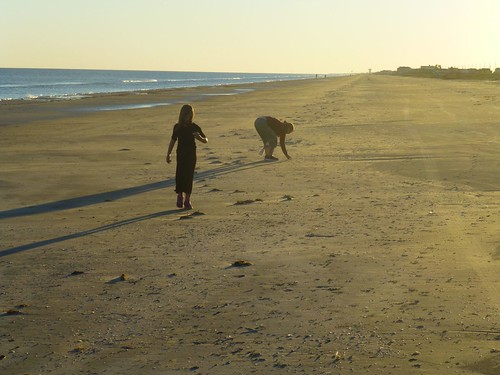 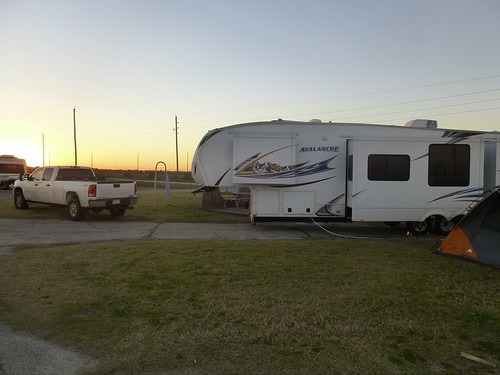 Ava and the beast at sunset 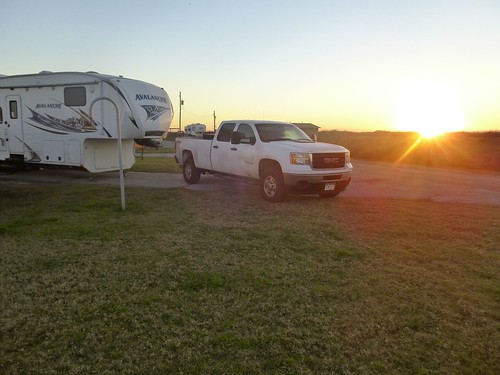 Ava and the beast at sunrise 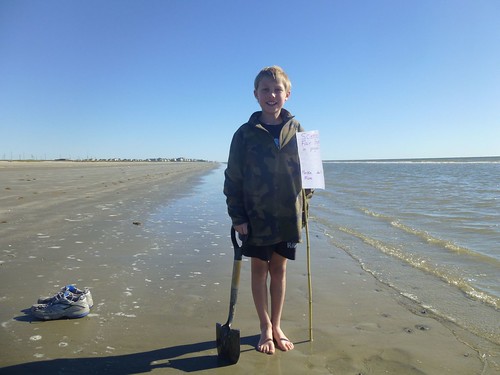 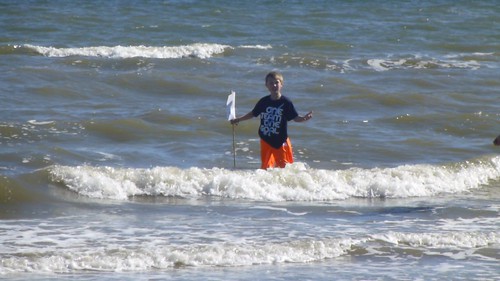 Dacen with tide coming in 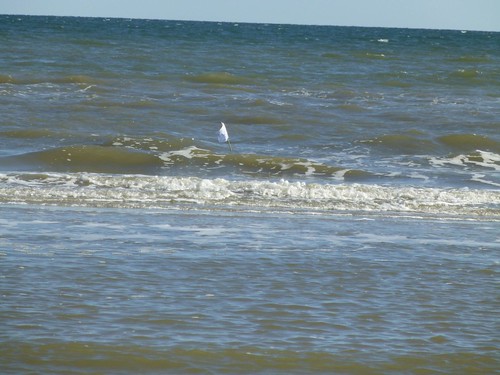 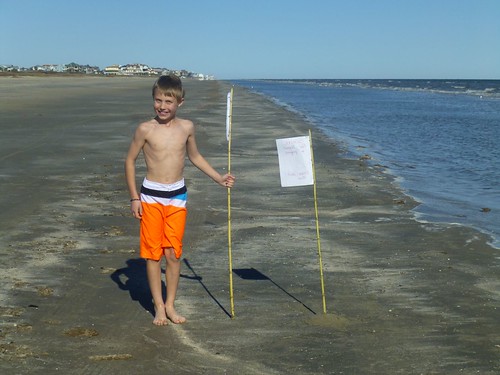 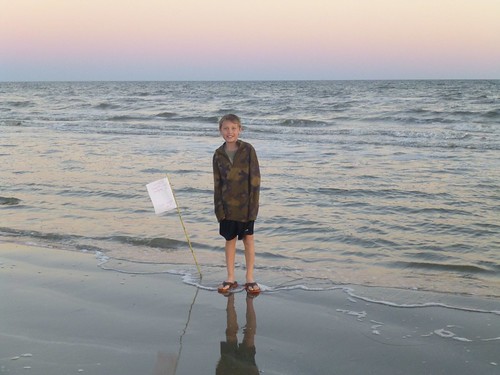 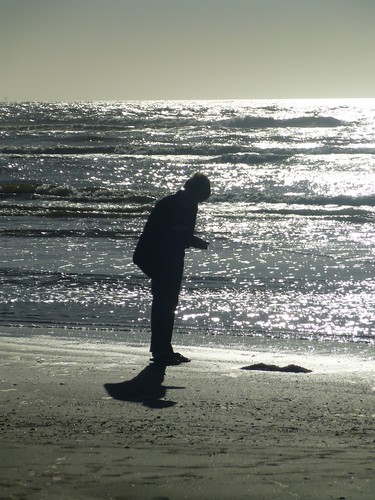 Caden may live on the beach some day 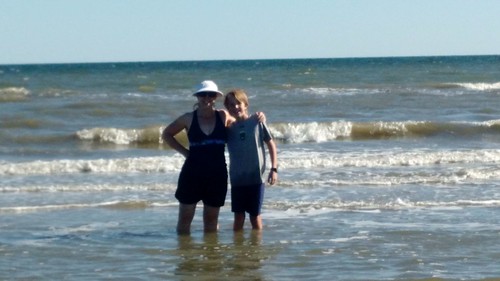 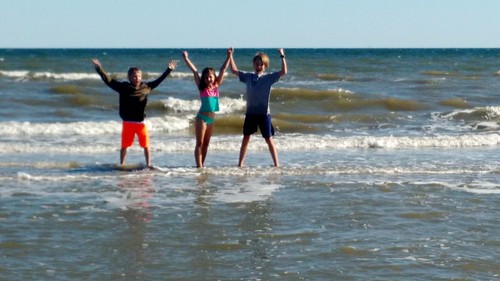 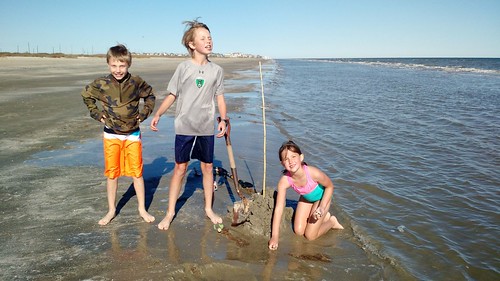 One thought on “Galveston, oh Galveston”