Unfortunately for Steph, Mother’s day was a moving day for us.  But, these are getting less eventful and stressful so I think it turned out ok.  Back on Ocracoke the kids were finding shells with natural holes in them and they got the idea to make her some jewelry for Mother’s day.  Every time Steph would go run an errand or something they’d work on their projects.  In addition to the shell jewelry Dacen was doing some origami flowers and Brielle and Caden were making cards.  So when Sunday rolled around the kids were able to shower her with gifts.  But first, Caden wanted to serve her coffee in bed! 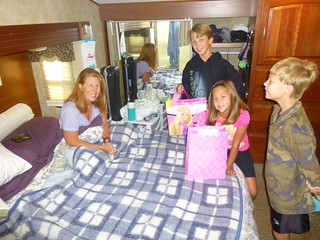 The kids and I did our best to get all the inside and outside moving day items taken care of so Steph could just relax…but we still needed her finishing touches on a few items.  Then we walked up to the campground meeting hall for free donuts and coffee!!  As we ate our healthy breakfast we listed all the things that we love and appreciate about Steph.  It’s a long list…longer than 1 donut worth!

Back at the trailer we finished up packing and hitched up and headed out (after a quick stop at the dump station).  We had about a 3 hour drive and the first 3/4 of that was through really beautiful countryside.  Our destination was Washington DC.  I’m planning to do a full post on how to do DC with a family on a budget as I think we found a recipe!  Most people recommend Cherry Hill RV park but with the $5/kid/night kid tax it was going to be $79 a night…more than we paid in Key West!  That was even with the 10% AAA or Good Sam discount.  A couple other budget options had ok reviews but they were dry camping which we aren’t really set up to do especially for the length of time we wanted to be in DC.  But we also found a small campground with electric and water for $23/nt that was the same distance from DC as Cherry Hill.  I was able to scrape up a couple reviews that seemed positive and I called to make a reservation but they don’t take them.  However, he said the park only had a few campers in it.  We wanted a backup plan and so we found a Boondockers Welcome host about 50 minutes from town that could accommodate our rig, had electric, water fill up and a nearby dump station.  While these are typically just overnights, this particular host offered to let us stay a little longer if needed.

We arrived at the park and after doing one lap through the TIGHT campground we found plenty of available sites but many of them are not big rig friendly.  We did find a pull through we thought would work.  We got in ok but it was going to take more than our little plastic leveling blocks to get us level on this site.  So we tried a back in site next door.  This one almost worked but there was not enough room to swing the truck around on the final stretch of the back in.  We moved on and tried another pull through that we didn’t fit in (had to back out) and yet another pull through that we did fit in and got leveled.  Whew!  But I noticed the power was way further than the length of my cord.  So I dog boned from 50A to 30A, then 30A to 20A and ran my standard extension cord to the box and it just barely reached.  I flipped on the breaker and…nothing.  I got out my circuit tester and it showed both the 30A and 20A circuits had no juice.  There was one more site we could try.  I made sure that the power worked (30A did, 20A did not, but it was in a more typical and usable spot).  We backed in, leveled out, powered up and we were in business!  The power isn’t great, we’ve had a couple times where the voltage drops below 104V and our circuit protection device kicks off to save the day but it always comes instantly back on.

After a bite to eat we called Baba and Granna (Huck and Steph’s moms respectively) to wish them happy mothers day.  We took a walk through the park, played at the playground a bit before returning back home where I made dinner (nothing fancy, but hopefully gave Steph a break).  Caden has been wanting to play hearts for several nights so we played a quick round of that which I lost by missing my moonshot by 2 cards.  The game was made more enjoyable by the fact that we played with our National Parks card deck.  It was fun to see Carlsbad, Everglades, Biscayne Bay and Hatteras on there while remembering our visits.  And we all enjoyed ooohing and ahhing over other places we hope to see some day. 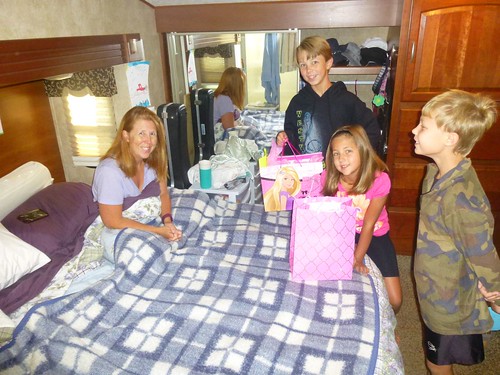 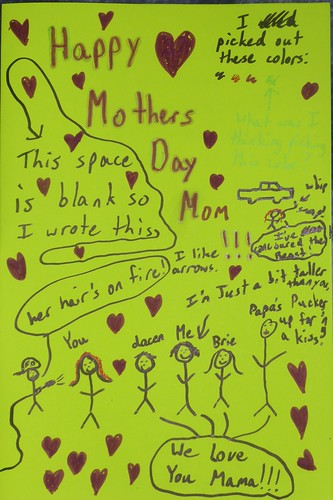 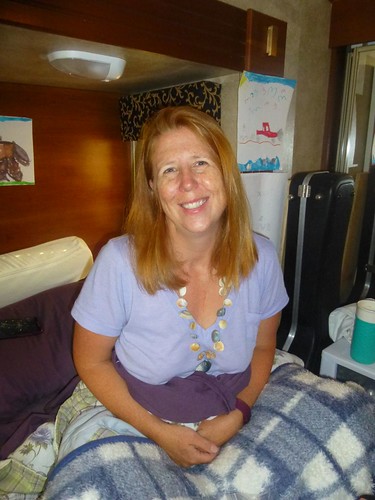 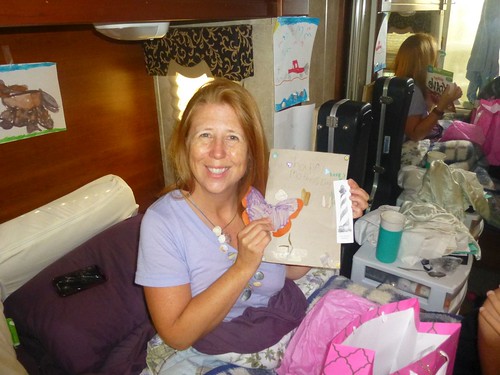 Card and necklace from Brielle 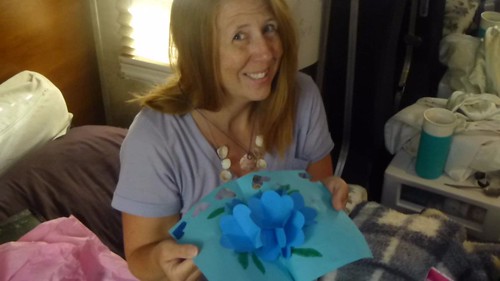 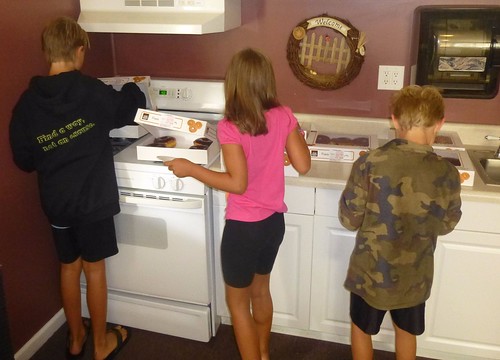 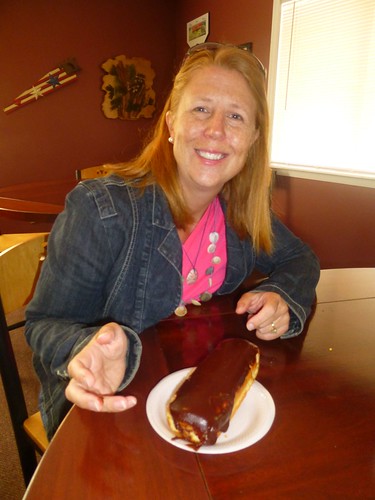 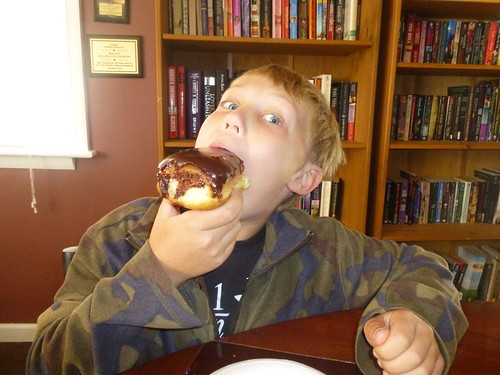 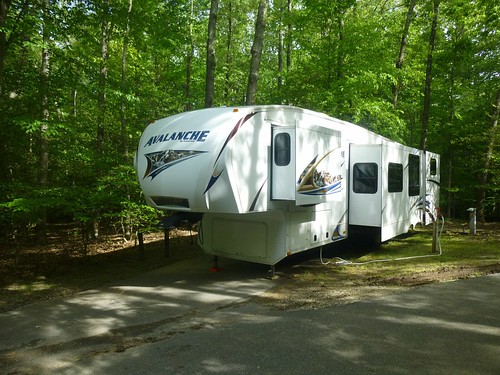 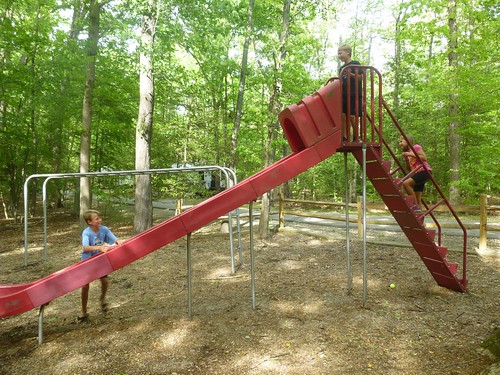 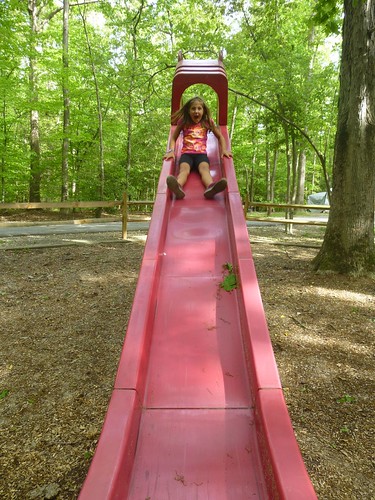 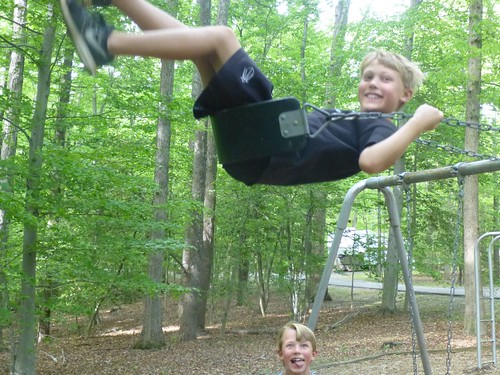 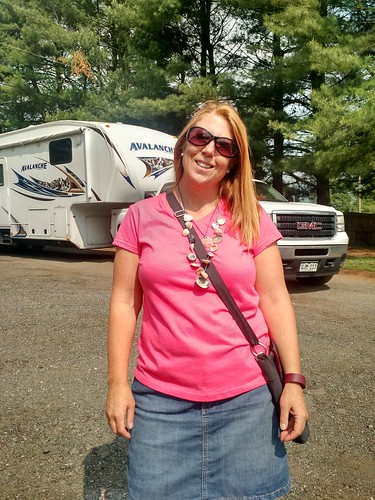 One thought on “Mother’s Day”