After spending the morning and early afternoon  doing school and work we headed over to Fort Davis National Park.  The location was really nice as its set back in some Texan mountains (or, Colorado hills).  The kids got their Jr Ranger books and we explored.  Its a really well done park with great displays and a cool history.  Our favorite part was the hospital and seeing all of the really crazy tools the doctors used like the esophagus dilator  (a long stick which they could put increasing larger diameter doo dads on and stick down your throat).  Brielle liked the horse drawn ambulance.  They also had different bugle calls every 10-15 minutes and they gave us a cheat sheet to know what they meant.  It sounded really cool as it echoed off the rocky bluffs and brought the otherwise deserted grounds to life.  The kids took their Jr Ranger oath and received their patches.  But we forgot their National Parks Passports back at the trailer….DOH!  Its just a few miles from our campground so we’ll swing by another day to get stamps. 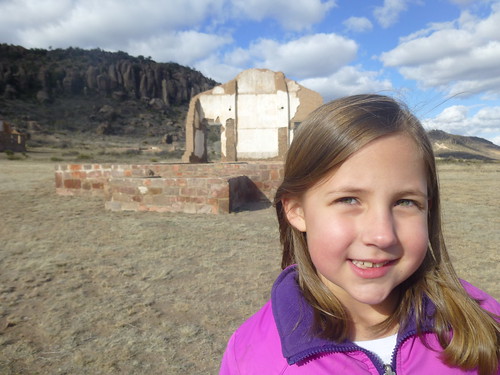 Brielle by the old chapel 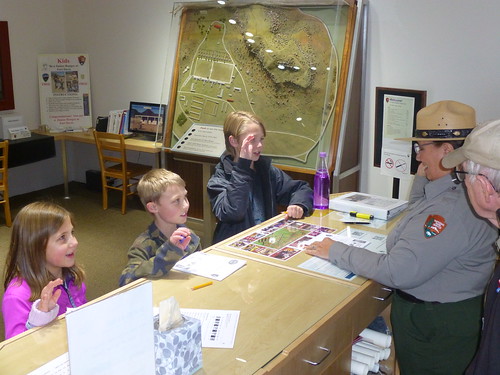 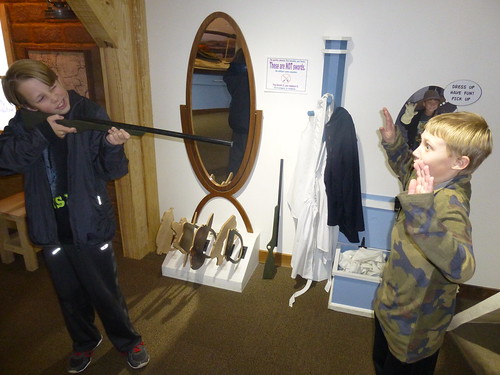 What are big brothers for? 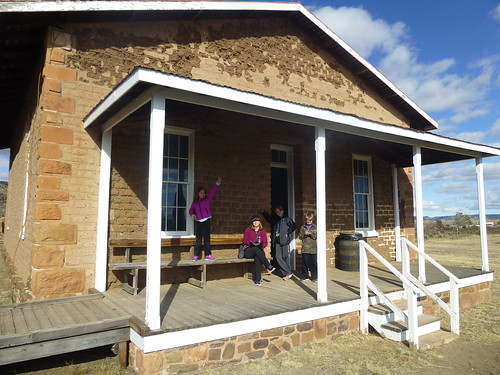 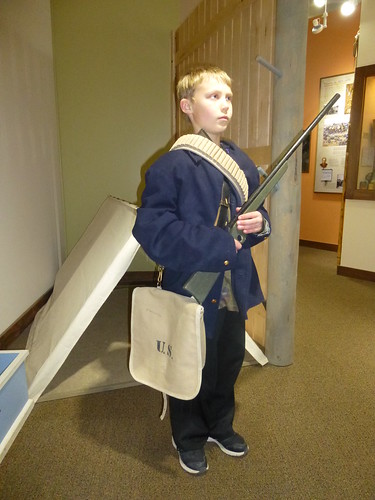 Dacen as a soldier 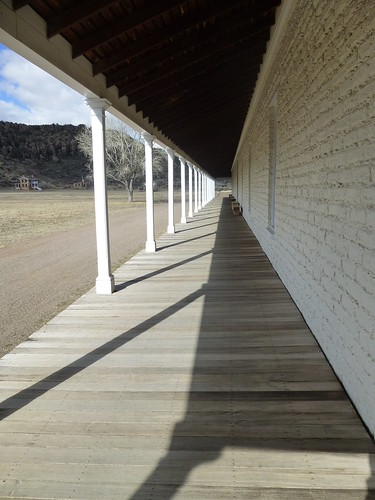 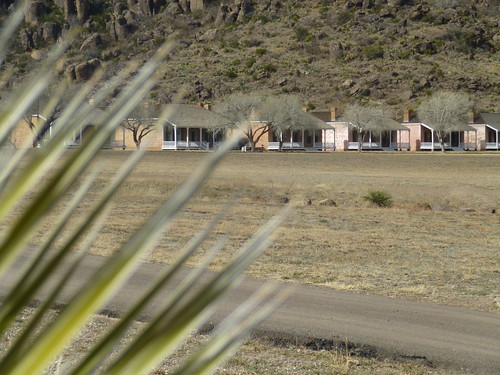 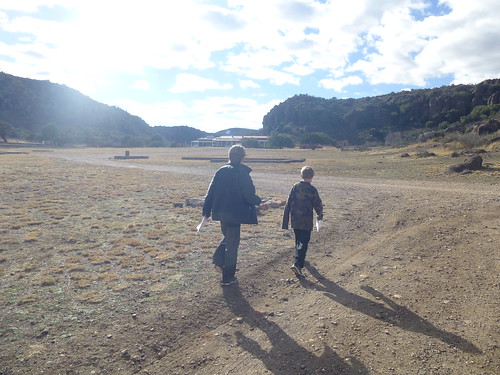 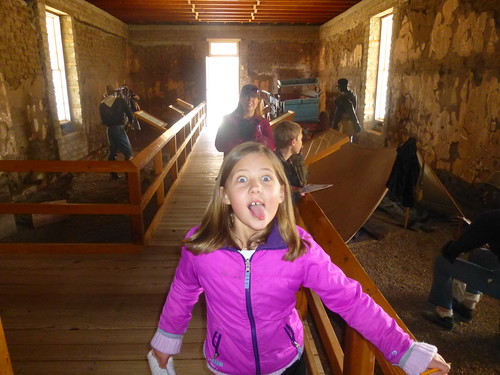 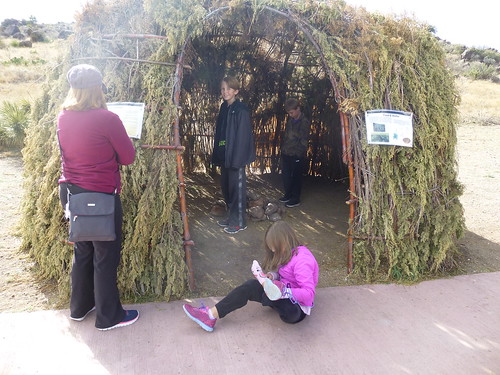 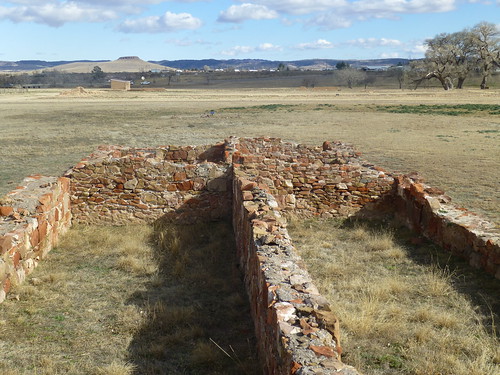 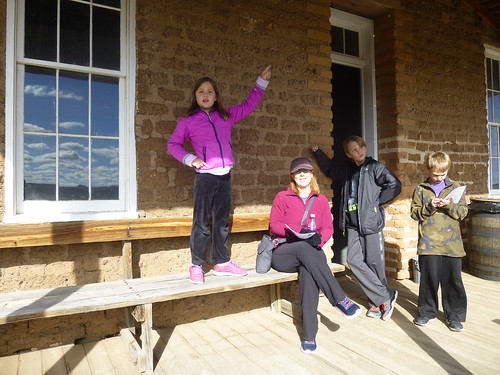 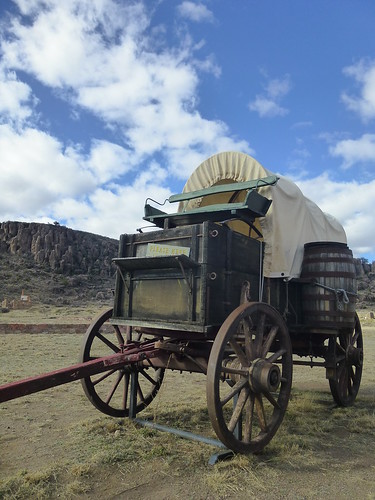 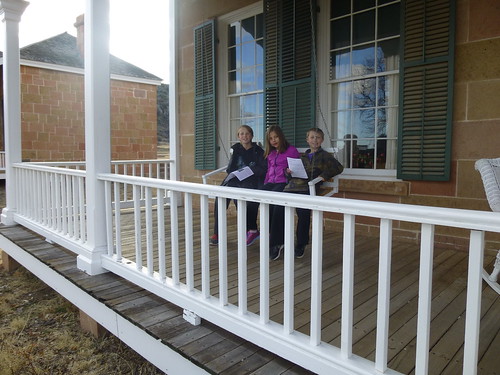 Sibs in a swing

One thought on “Fort Davis”