My one word for 2015 is trust.  It really became my word in late 2014 and so I decided to use it in 2015 as well.  As we prepare to head out on our adventure there have been numerous items where trust plays a big role.  For me trust is tricky because I sorta want it to be a one way street….I want people to trust me but its hard to trust other people sometimes.  And not just people, but God. 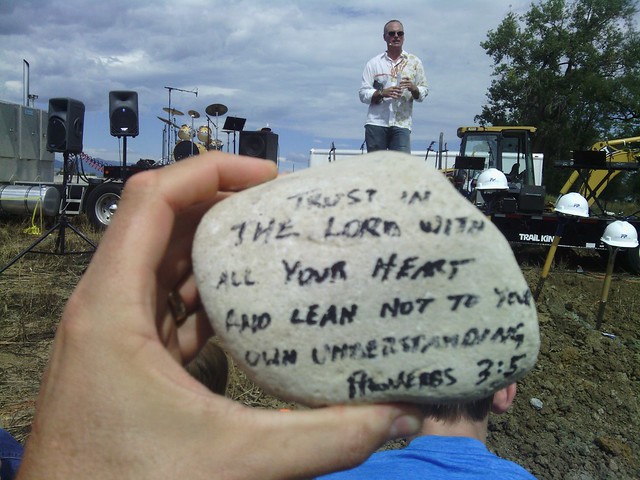 Proverbs 3:5 makes it quite clear that we should trust God completely.  I can see clear evidence of God’s trustworthiness as I look back over my life.  Here are a few from the recent past…

Church – Our church, Grace Place, has been on a journey to move from our home of 19 years to a new facility.  There have been some challenging times and some fall out that has broken my heart.  The new building is in and it is an amazing place for the entire community to enjoy.  Although it definitely feels quite a bit different many things remain the same or better!  We still keep the main thing the main thing.  I get to serve in both children’s ministry and worship ministry.  Relationships have been strengthened.  Watch out northern CO….God’s got BIG plans for you!

Work – I left my job about a year ago.  It was a company I helped start and the 3 other managing partners are my friends for whom I have a lot of respect.  So it was really hard to leave.  I did not have other work lined up when I left and I wasn’t even sure I wanted to continue in my field.  I made a deal with God that he didn’t have to give me His whole plan, just the next step in the plan.  And He did….then He gave me the next, and the next after that and so on.  Next thing I knew I had 3 clients, was having a ball, and learning more than I ever learned in school.  One morning when I still had no clue what I was going to do for work I noticed my daughter’s Sunday school project on the counter….it was just the reminder I needed! 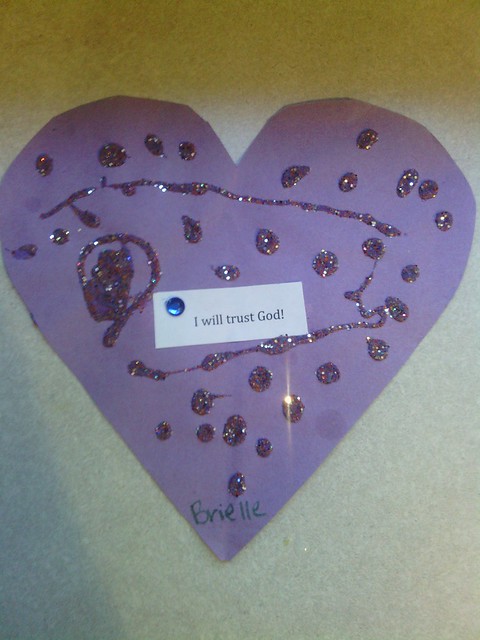 As a little side note, I work under the company name ProSixteen.  I chose this name 7 years ago when I did a short stint as an independent contractor.  “Pro” sounded….well, professional.  Sixteen is a power of 2 and the base for hexadecimal numbers (any geeks out there following me?).  But….I named it after Proverbs 16…and Proverbs 16:9 says “In their hearts humans plan their course, but the LORD establishes their steps.”  God came through with steps!!

Money – When our church decided to build a new facility for the entire Berthoud community, Steph and I wanted in.  Steph is already a professional giver but I’m still in training.  A big part of my training was reading Randy Alcorn’s book Money, possessions and eternity.  In particular, these 40 questions really moved me.  We committed to the building campaign a number bigger than we really thought was possible.  To make it work we switched to the highest deductible health plan we could, we reduced our 401k investing to just the amount that maximized the company match, and we trimmed some fat in other areas.  In hindsight it seems like hardly a sacrifice.  Even with the change of jobs God has provided for us in abundance.  We have even been able to accelerate our giving and are poised to fulfill our commitment almost a year ahead of schedule.  Some financial gurus might think we’re nuts for not maxing out our 401k…to them I just explain that we are still investing in a 4O1K….4 Only 1 King.

Fifth wheel – Finding the rig and buying the rig was an exercise in trust.  I kept praying the God would show us the right unit for us.  I also prayed that He slam my fingers in the door if this plan to take off was not right for us.  We found a great rig and my spiritual fingers seem to be unharmed.  He can still pull the plug at any moment but for now we are plugging on.

I’m at the point now that I’m really questioning my own sanity.  Maybe this trip is really a horrible idea.  There are so many things to do before we leave 10 weeks from now that it seems impossible.  So, I’ve decided to just ask God for the next thing I need to do….the next step.  And put my full trust in Him.

I’m a sucker for the song Oceans.  I know its a chic song, but I just love the bridge lyrics…